Carlisle Castle would look very different today if a plan after the siege of 1745 to build a massive defensive bastion facing the town had gone ahead.

Carlisle Castle was in a badly run down state in November 1745 when it was seized by the Jacobites after a siege lasting only five days. When Bonnie Prince Charlie removed back to Scotland, he left behind a garrison of 400 men, who initially held out against the government forces, but were no match once siege guns arrived. They began firing on 28 December, and continued until the morning of 30 December, when the Jacobites surrendered.

Realising that the castle could not withstand a modern artillery siege, plans were soon drawn up for a New Work facing the town, a bastion incorporating all the latest military thinking, such as that of the great French engineer the Marquis de Vauban (1633-1707) whose ideas on fortifications and siege warfare had been taken up right across Europe.

The plan shown is dated Carlisle Jan 20th 1746 – but that probably means 1747 by our way of counting, as the New Style dates did not come in until 1752. The plan would have involved a massive triangular bastion, 19 ft thick and with gun ports, in front of where the castle gate stood (and still stands), stretching right across the green, while a new defended entrance would have been created to the side. The plan notes that a large number of ‘Thatchd Houses’ would have to have been ‘pulld down’ to make way for the work.

For whatever reason, the decision to start the work was never given – which perhaps was just as well as this work would meant Castle Way could never have been widened and developed to form Carlisle’s major ring-road, the A595. Instead, it would have been a narrow lane beneath the walls of a castle that from the town side would have looked more like Fort Augustus (completed 1742) or Tilbury Fort (built after the 1670s) 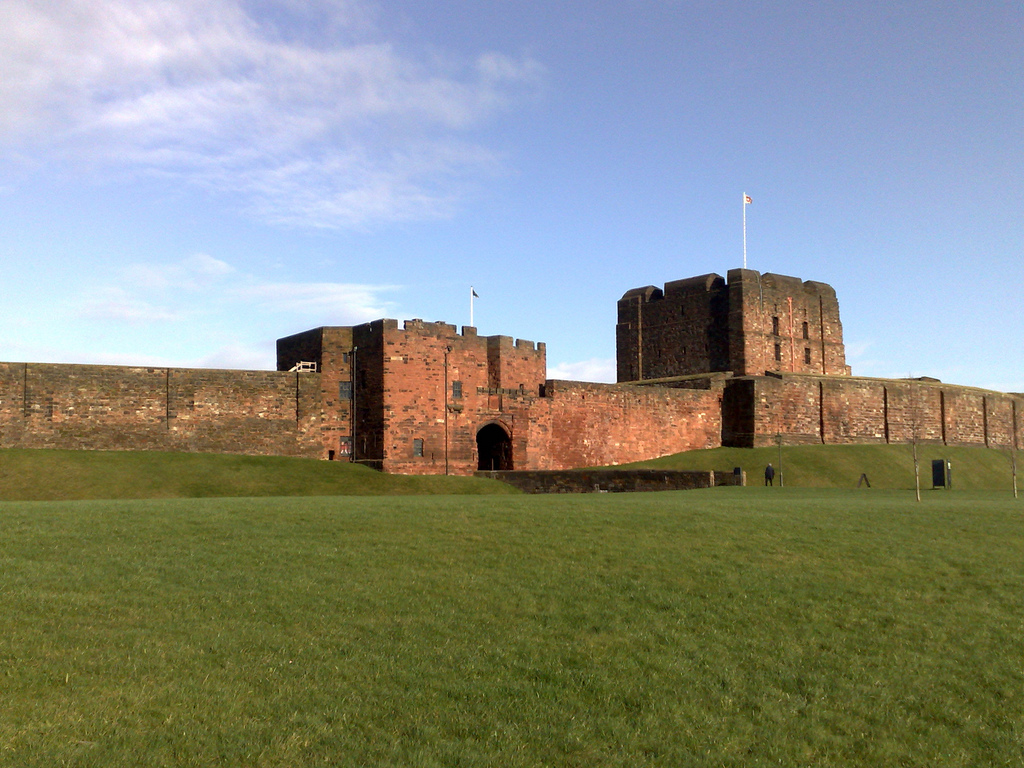 Carlise Castle today. The Bastion would have stretched right across the green, and the gate would have been moved to the right

For more information about the other items in the collection, see link here

And see link here for access to the whole collection of 18,000 items